Over the years, Turning Point has responded to the increasing number and complexity of client needs by expanding the program to serve some of the most vulnerable and challenging populations

Over the years, Turning Point has responded to the increasing number and complexity of client needs by expanding the program to serve some of the most vulnerable and challenging populations. Turning Point was among one the first to offer residential services to women, including pregnant women (1979), and was among the first residential treatment providers to embrace and fully integrate treatment for clients with co-occurring disorders (1981). Turning Point developed special programs for clients leaving the criminal justice system (1983) and those involved with the Division of Youth and Family Services (2000), as well as clients diverted to treatment rather than incarceration through the statewide drug court system. Turning Point was among the first residential treatment providers to embrace medication-assisted treatments (2003), and clients whose medical or psychiatric conditions require more enhanced medical supervision in a sub-acute setting (2008). Turning Point continuously responds, expanding and adapting its programs to those in need. Turning Point has long been recognized as a leader in the New Jersey addiction treatment system as evidenced by repeated requests for Turning Point’s participation in research and demonstration projects (NJ Campus Treatment Demonstration Project, 1991) and requests from state officials to pilot test new treatment initiatives and reporting processes. 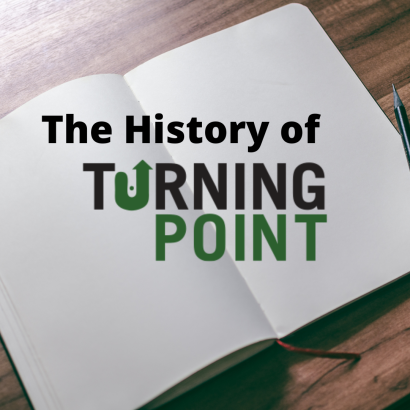 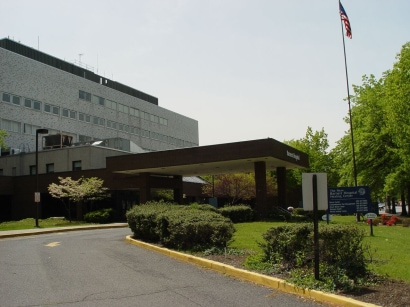 Treatment at Turning Point is funded by private insurance, Medicaid, state and county grants, other contracts and specially funded programs and treatment initiatives.  On a national level, Turning Point was selected by the National Council on Alcohol and Drug Dependence of New Jersey and President Bush’s White House Office of National Drug Control Policy as a “model treatment program” and was the host to launch the national Access to Recovery Treatment Initiative (2003).  Turning Point’s Family Wellness Program (2010) was unique in its approach to treating the family, whether or not their loved one sought treatment. Turning Point was selected to host Governor Chris Christie and activist/musician Jon Bon Jovi in the signing of the Overdose Protection Act (2012). A merger with Anderson House, a halfway house and transitional housing for women (2014) expanded our footprint and completed the continuum of care.

With the purchase of 51,000 square feet at the former Barnert Hospital (2010) and the merger of Anderson House Program (2014), In September of 2015 John Clancy, a longtime supporter and former board member and Robert Detore led a new management team at Turning Point.  John Clancy served as Chief Executive Officer until his passing in 2016, at which time Robert Detore was named Chief Executive Officer.  In June of 2017, RWJ Barnabas Health designated Turning Point as their preferred provider for substance use disorder treatment. In 2019 an Intensive Outpatient/Outpatient facility opened in Lakewood in cooperation with the RWJBarnabas Health System and the Paterson location increased capacity to 137 beds.

Currently Turning Point has a permanent home for all residential programs with 144 inpatient beds. All facilities are un-encumbered by mortgages and provide a foundation for future growth and collaboration.

Start Your Road to
Recovery

Thank you for contacting Turning Point. We will be contacting you soon.